Area Overview Transportation Why This Area? Investment in this area Video Projects in this area 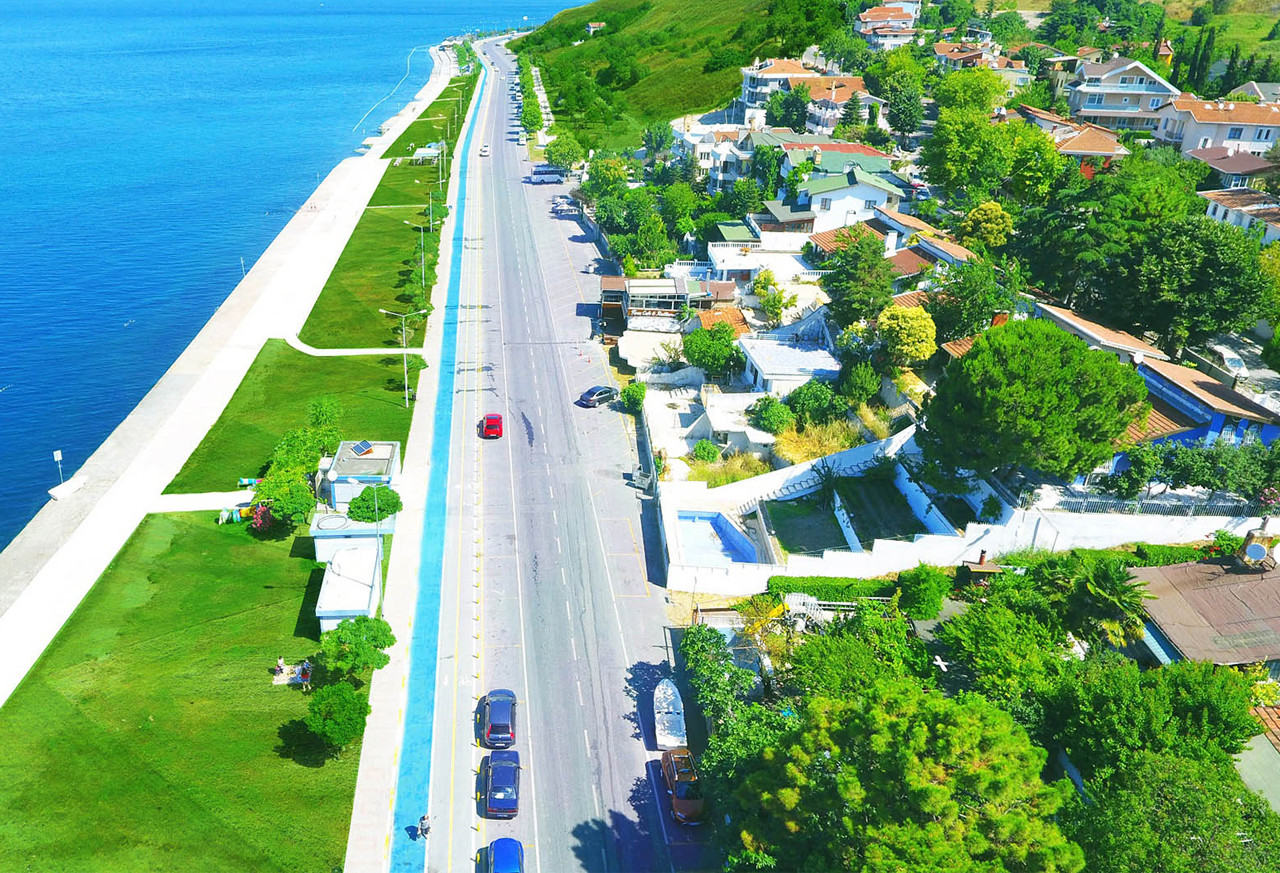 Beylikduzu is located west of Istanbul, bordered by Avcilar to the east, Buyukcekmece to the west, Esenyurt to the north, and the Marmara Sea to the south, which enables its residents to enjoy a beautiful climate in the four seasons.

Beylikduzu is characterized by the "metrobus" that connects its residents to most European and Asian regions of Istanbul, and the metrobus is linked to the metro and tramway networks, as well as the E5 highway which is is one of the most famous and most used roads in Istanbul. It’s a highway in that connects the European and Asian sides of Istanbul.

Beylikduzu municipality is famous for providing distinguished services to its residents in all fields, including health, educational and commercial services, transportation and infrastructure projects.

Partnership between Beylikduzu Municipality and Coursera

Beylikduzu municipality and Coursera, the world's leading platform for online education, have launched a joint program to contribute to training and educating 50,000 people with a value of $10 million in education and training, the initiative allows free access to 3,800 different programs offered by universities and companies around the world. Students will be able to receive online training within their majors, and the staff in their profession or areas of interest. At the end of the program, the municipality of Beylikduzu and Coursera will share certificates and resumes issued with 2,400 companies around the world in order to provide the business sectors with qualified employees.

There is a government hospital in Beylikduzu, several private hospitals, dispensaries and dental clinics, in addition to private clinics.

Beylikduzu has promising investment opportunities, as it has a commercial container port, with an area of ​​1.5 million square meters, and two huge industrial cities built on a large area, employing more than 20 thousand people, in addition to many industrial and commercial sites.

Beylikduzu is famous for its green spaces, gardens and forests, and the most famous of which is the Valley of Life Park on the shore of the Marmara Sea, which hosts the famous Japanese Garden.

Coast of the Pinar Valley

Residents of Istanbul in general and Beylikduzu in particular, every summer, head to the famous Gürpınar Coast, whose beach length reaches 13 km, to enjoy its clear waters.

Beylikduzu is considered one of the most popular residential compounds in Istanbul, that is famous for its diversity and welcoming foreigners. This is not a spur of the moment, but rather it dates back to 1839 AD, when migrants formed the nucleus of Beylikduzu residents, which is still home to various ethnicities and cultures.

Most famous archaeological landmarks in Beylikduzu

Sultan Suleiman Palace: It is a huge palace built in the Ottoman era and is famous for its gray color, clear lead roof and ancient Ottoman inscriptions. 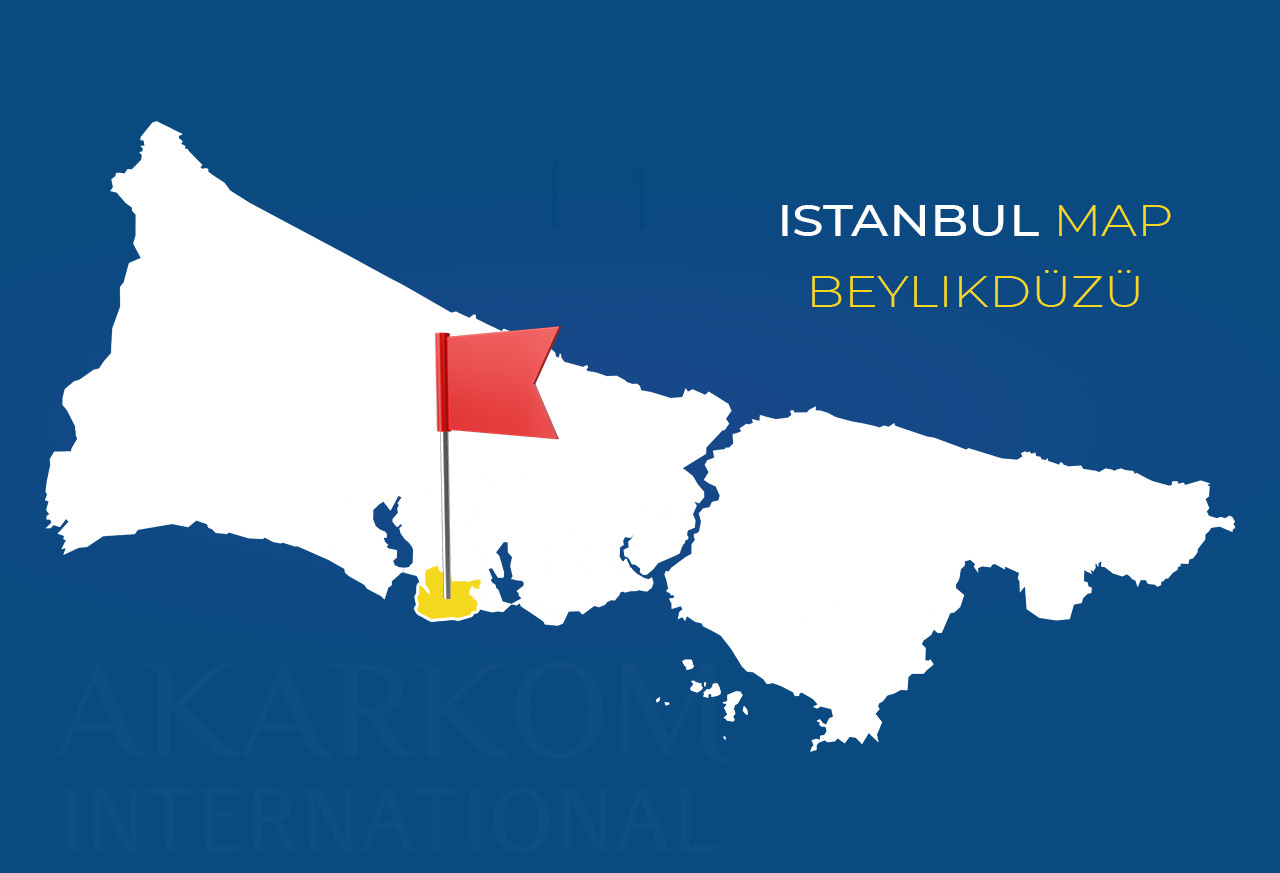 The advantage of real estate investment in Beylikduzu

Beylikduzu is characterized by modern buildings, tall towers and a wonderful urban planning. Moreover, real estate prices in Beylikduzu are very competitive compared to those in many other Istanbul neighbourhoods. These factors combined make Beylikduzu a preferred destination for housing and real estate investment.

Coinciding with the accelerating urban development, Beylikduzu recorded high real estate sales during the past few years, including real estate in general and under construction properties in particular that are preferred by aspiring real estate investors to achieve huge profits in a promising investment area, and experts and real estate consultants expect more demand in the region for both housing and investment.

Beylikduzu is witnessing a great urban development, and it is characterized by its high-end residential complexes that are resistant to earthquakes and wonderful villas, and many apartments with panoramic sea views or beautiful views of large gardens, which made it the focus of attention of real estate investors, and the presence of the marina in it made it the focus of attention of the wealthy yacht owners.

Most competitive price for apartment in Istanbul

own luxurious apartment with large balconies near the marina in Beylikduzu 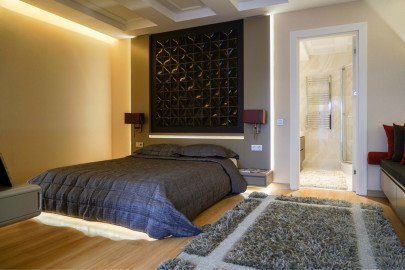 Own your apartment in Beylikduzu, cash or in installments, and enj...

Residential project for lovers of tranquillity in Istanbul’s Beylikduzu

Own your apartment at competitive prices in Istanbul’s Beylikduzu,...

The project enjoys a distinctive strategic location at the meeting...

Own a luxurious family apartment with sea view in Beylikduzu

Own a luxurious family apartment with a sea view in Beylikduzu, in...

Own a luxurious family apartment with a sea view in Beylikduzu and...