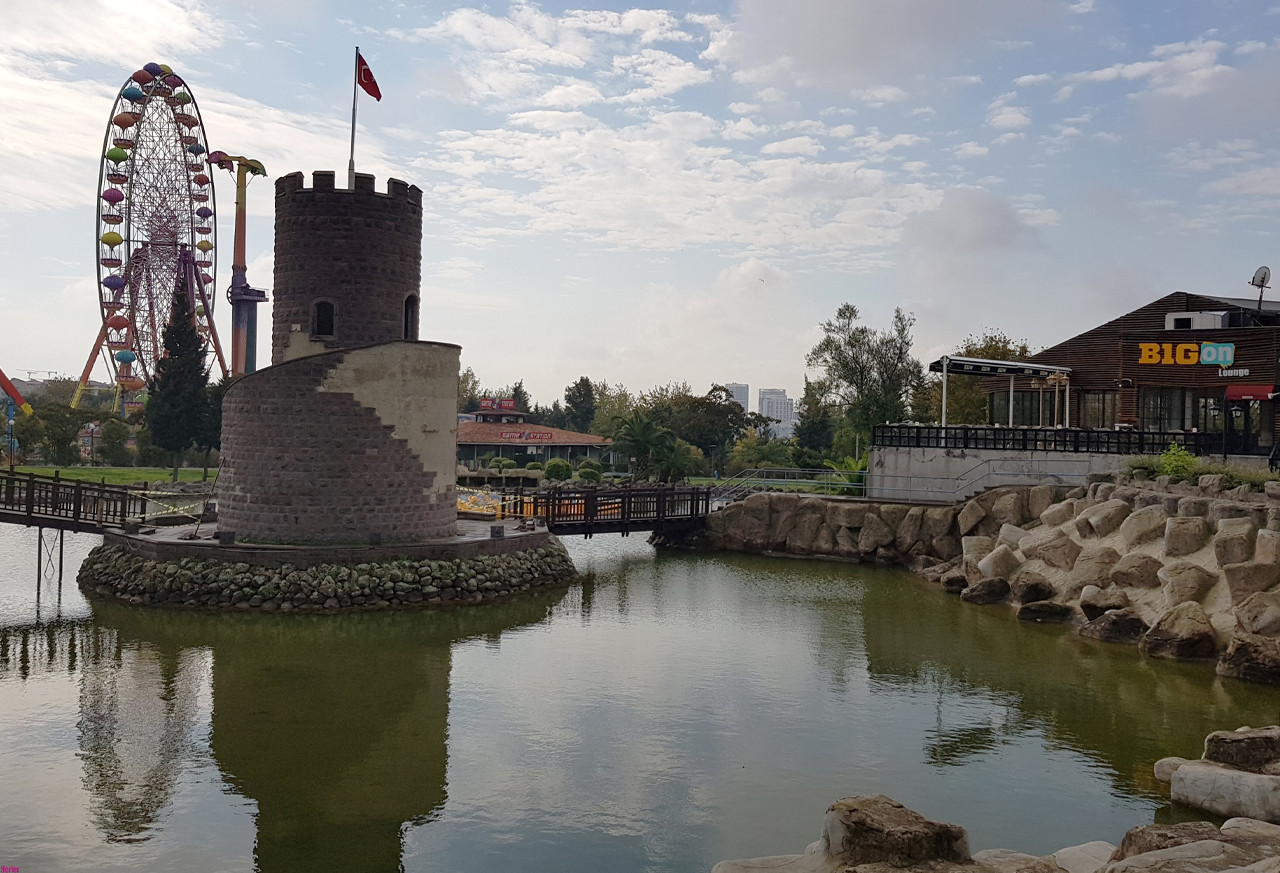 Bayrampasa extends over a large area in the center of European Istanbul, and is famous for its vast parks, and its population exceeds 270,000 people. There is a demographic diversity in Bayrampasa, as it is inhabited by Turks and foreigners of several nationalities, including Bosniaks, who are the Muslims of Bosnia and Herzegovina and the Serbian Sanjak, who are known for their bravery and courage and to preserve their customs and traditions, where they have lived since 1829 AD.

·        Two sports complexes for swimming, football, basketball, athletics and others, where a large number of children and youth gather to practice sports.

·        Forum Istanbul Mall: The largest commercial complex in Europe, with an estimated area of ​​495,000 square meters, and there are about 256 international and local brands.

·        Axis Istanbul Mall: It is located directly in front of the Bayrampasa metro station, and it has many of the most famous international brands, restaurants, a gym and children's games.

·        Several shopping centers such as: Carrefour, Bauhaus, and IKEA.

Kocatepe Metro Station in Bayrampasa is minutes away from all daily amenities and social amenities including shopping mall, supermarket, pharmacies, shops, fitness centers and more. You can also travel easily due to the convenient location of the project near the metro station. You can easily choose to take the metro that will take you to all central districts like Taksim, Levent, Sultanahmet, Kadikoy and Kartal.

Forum Istanbul Mall is one of the largest shopping centers not only in Turkey, but also in Europe in general. Forum Istanbul opened in 2009.

It extends over an area of ​​495 thousand square meters in the Bayrampasa area and it contains 300 shops with the most famous international brands.

Forum Istanbul Mall also includes an Aquarium, which contains the largest shark family in Europe, in addition to many varieties of fish and marine life, and it is one of the most beautiful tourist places in Istanbul as well.

The children have great luck inside the Forum Istanbul, as it includes a center to discover children's skills and intelligence, which is the first of its kind in Turkey, in addition to an entertainment center that contains many games and activities for them.

As for entertainment and fun lovers, they will find in Forum Mall Istanbul the most suitable place to spend their time, as it has many cinemas equipped with the latest technology which shows the latest films. In addition to a bowling alley and many other games, and the distinctive experience will be in the rise of the helicopter and sensing the simulation of flight and driving in a wonderful way.

There are many hospitals, dispensaries, clinics and dental clinics in Bayrampasa, including:

Founded in 1984, Bayrampasa Eye Hospital has the most famous eye surgeon in Istanbul.

Bayrampasa Colan Hospital was established in 2015. It provides its services in all fields, in addition to chronic diseases such as obesity, diabetes, blood pressure and heart diseases, which depend on the latest methods of diagnosis and treatment.

Bayrampasa Colan Hospital joined the Gulan Hospitals Group. It has an internal area of ​​8000 square meters and a capacity of 114 beds and 4 operating rooms, and the intensive care unit contains 41 beds.

It is located in the Bayrampasa district, the heart of Istanbul, the European side, and is considered one of the most important government hospitals in Istanbul.

The most famous hotel in Bayrampasa

The hotel is located in Bayrampaşa district, 2 km from Forum Istanbul Mall.

There are many public schools and kindergartens in Bayrampasa. Thanks to its central location, you can easily reach Arab and international schools as well as universities in Istanbul. 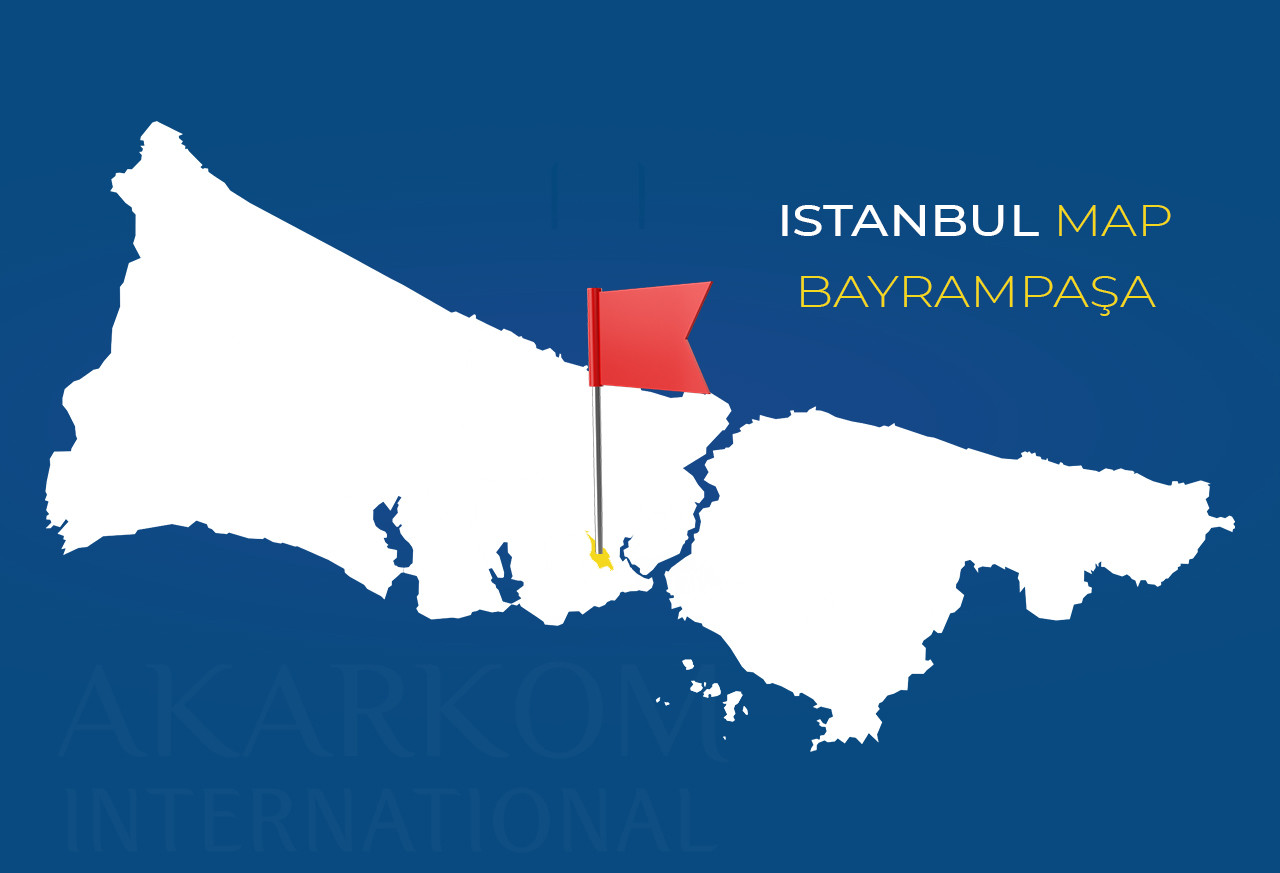 Bayrampasa witnesses a comprehensive urban renaissance and the municipality's clear interest in developing infrastructure, taking care of hygiene and gardens. Real estate prices in Bayrampaşa began to rise over the past few years, especially within the modern residential complexes implemented by famous Turkish construction companies in this central area on the European side of Istanbul.

Own your ready apartment next to Forum Istanbul in Bayrampasa

A Family Project in An Investment Location and Integrated Entertainment Services

For a new life and not just for residence, and at the highest poin...